The late great Steve Jobs is still considered one of the greatest marketers of all time.  There are many excellent speakers that have been around for a very long time but very few even come close to Steve Jobs’ brilliance. We have spent years covering many marketers and their techniques but Jobs’ presentation techniques are still lessons that many entrepreneurs and leaders are following for success while carrying on his amazing legacy.  His presentations continue to attract and capture thousands of people on YouTube because he has created a major impact on the way marketers and leaders communicate with others.

Earlier this year, Walter Isaacson’s biography titled Bio As Bible was published in the Wall Street Journal. His other biographies include Benjamin Franklin and Einstein. While a biography may not inspire you toward success, there are so many unique techniques you can and should learn and copy from Steve Jobs.

What made Steve Jobs such an amazing presenter?  He had a natural instinct about how to inform, inspire, and entertain his audience!  This article will discuss his techniques from his presentation launching the 2007 iPhone

If nothing else was ever said, Jobs was a very passionate man about his designs, his incredible love for his products, and he wore that passion on his sleeve.  When showing off a new product, he often used single words such as gorgeous, amazing, or cool because he believed in what he was offering the public.  That said, if you do not show enthusiasm for your product, you are not going to win over your audience.

Shortly after introducing the iPhone in 2007,  he said he formed one simple phrase –  Apple was going to reinvent the phone.  Just one short, sentence that captured the audience. He repeated this sentence several times during the presentation and this phrase has shown up on 25,000 links from posts and articles that addressed the presentation’s launch.  Again, if you show your passion from the beginning you will find the audience that will help your products catch on.

Stand by the rule of 3

Jobs understood it’s almost impossible for anyone to remember 22 or 23 rules.  He seemed to know that 3 is a much better number for powerful communication and he stuck to it.  He discussed the iPod feature of the new iPhone, about the phone, and connecting to the internet. He so believed in the number 3, he often came on stage and told the audience we are now introducing 3 revolutionary products. He said these products are a widescreen iPod with touch controls, a revolutionary mobile phone, and an outstanding breakthrough Internet communications device.  He repeated these 3 products several times, followed by thundering applauds from the audience.  Finally, he announced they are not 3 different devices, they are one and the same, it’s called the iPhone!

When telling a story, you need a hero & a villain

In 2007, he asked why would the world need another mobile phone, especially from Apple?  He answered by creating a narrative to introduce his villain which was the problem that needed to be fixed.  He pointed out that regular cell phones were not particularly smart and not easy to use. Smartphones were considered a little smarter but still harder to use. Because they were difficult, he wanted a product that was much smarter and easy to use.  Enter the iPhone!

Jobs didn’t stop there, he needed to bring in his hero, the benefits of his product. He talked about the new user multi-touch interface that works like magic. He added,  you don’t need a stylus, it’s far more accurate than a touch display, it ignores wrong touches, is super smart, and you can use multi-finger movements. “And boy have we patented it!”

PowerPoint slides include approximately 40 words, over the first 3 minutes of his presentation about the iPhone, he used only 19 words! All of those 19 words are spread across almost 20 slides.  He proved what we know now, pictures speak a thousand words!

Before Steve introduced the new phone, he talked about the history of Apple, telling a story, building up to the big moment.  Actually, the first Apple computer, Lisa, was released in 1983, but it was in 1984 when the Apple computer not only changed the name Apple but changed the entire computer industry.  In 2001, they introduced the first iPod, it did not change how people listened to music, it changed the entire music industry. At one point during the presentation, his clicker was not working so the slides would not advance.  He decided to tell a story about how he and Steve Wozniak would pull tricks on students in Wozniak’s college dorm. Wozniak invented a small device that jammed television signals, teasing students who were trying to watch Star Trek. After this tale, the problem was fixed and he moved on with his presentation, effortlessly.

After preparing your presentation, practice over & over

Many people often say they are not as smooth as Jobs so what to do.  They learned Jobs wasn’t smooth, he spent hours upon hours practicing which made him look smooth and polished, to deliver his message effortlessly.

Never read from notes or a teleprompter!

The iPhone presentation ran approximately 80 minutes and he never used a teleprompter or notes.  He literally internalized the content so well, he never needed notes.  If you have ever watched someone who reads from notes, they look insincere! He did have bullet a short list of bullet points that were not visual to the audience. They served as reminders and were the only written information he relied on.

Steve enjoyed being a prankster. He told his audience that Apple was introducing a mobile phone and said: “Here it is!” It was not a picture of the iPhone but an image of an iPod with a rotary dial!  The audience roared and applauded. He enjoyed many great moments including a crank call. He was demonstrating the map features to show how easy it is to find a location and call them.  He found a Starbucks nearby and called.  When a woman answered,  he told her he wanted to order an outrageous number of lattes to go! Then added, Just kidding Wrong Number, Bye Bye!

Jobs always enjoyed ending his presentations on a positive, uplifting note.  He would always add something that inspired his audience.  He once quoted the great hockey player, Wayne Gretzky, saying “I skate to where the puck is going to be, not where it has been.” He added that’s what Apple has always strived for from the very beginning and always will.

Steve Jobs knew he had to educate, entertain, inform, and inspire his audiences during every single presentation.  You can do the same thing if you apply a lot of work, through careful planning, and creativity.  If someone is willing to listen to your ideas and message, it will be well worth your time! 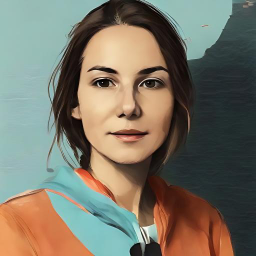 StacyI will be happy to receive any feedback about the operation of HiSlide service and your ideas on its further development, and I will also answer any questions you ask.
Posted in:
Articles
Leave a Reply Cancel reply
Categories